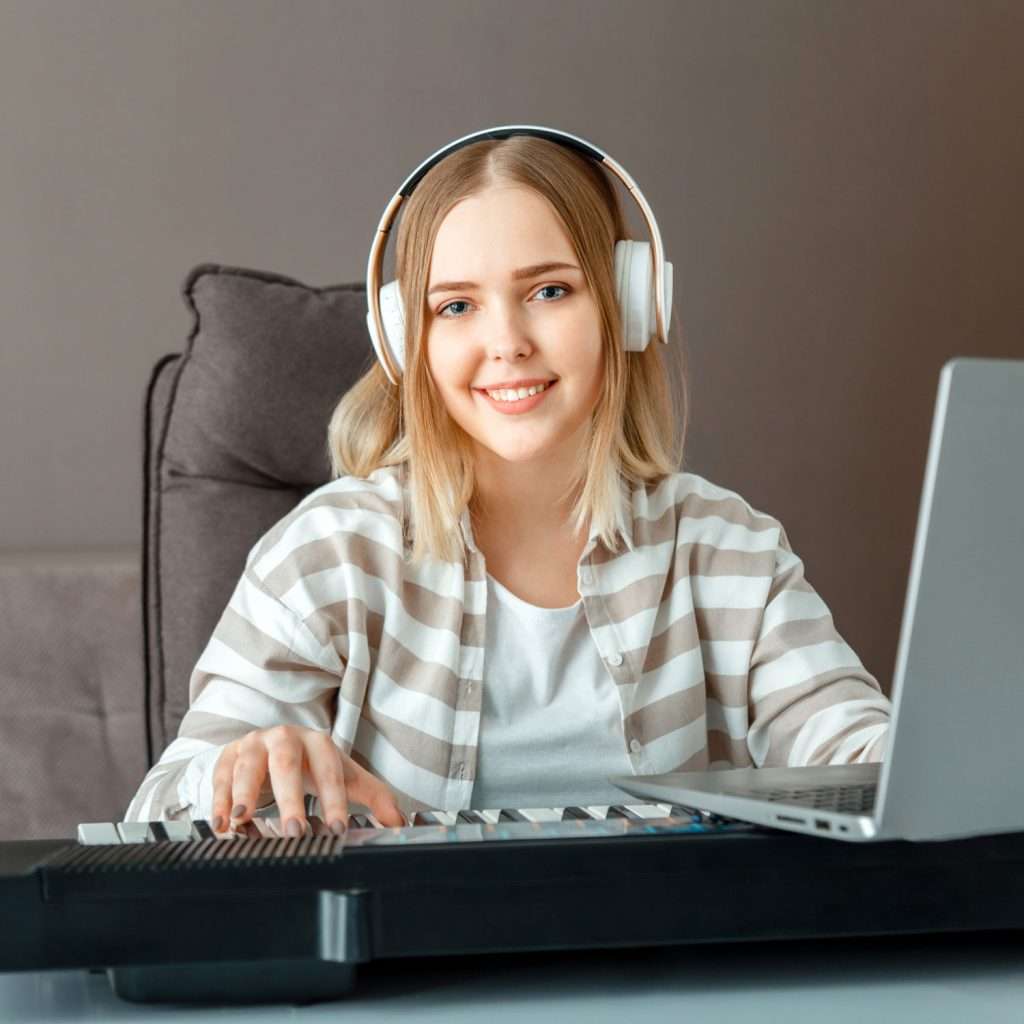 How Much Does a Music Teacher Make?

When teaching music, you don’t only teach what you know, but you’ll also improve as a musician. It’s a satisfying career, and it can be rare to earn your income from doing something you truly love.
There are several ways to use your passion for teaching and music skills to make a living. According to ZipRecruiter, the average music teacher salary is $53,356 a year. This makes an hourly rate of around $26.50.
There are several states where the standard wage is above the national average for a job as a music teacher. California tops as number one, with Massachusetts and Washington following.
In Washington, particularly the city of Renton, the average music teacher salary is at $61,896 per year. Massachusetts follows with Boston, Lowell, and Dedham reaching an annual salary of $62,917. While Richmond, Piedmont, and San Mateo in California tops at an annual salary of $63,928
There are many schools currently recruiting for music teaching jobs. In fact, California has a very active music teacher job market. The prospects for economic development as a music teacher tend to be highly fruitful.

Take control of your time and money by teaching your favorite instrument. 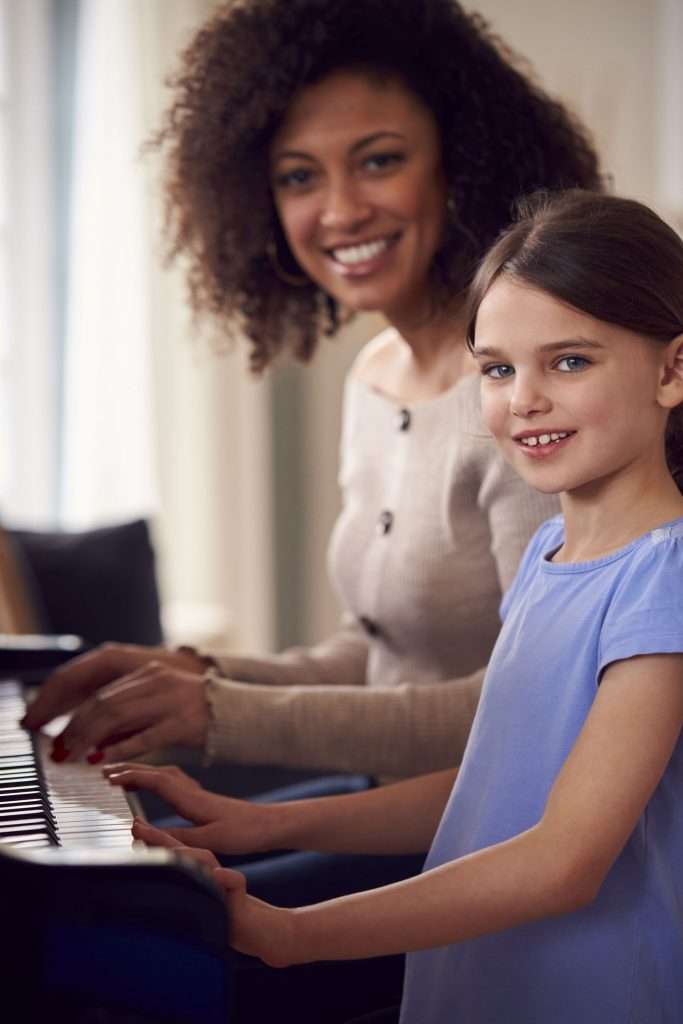 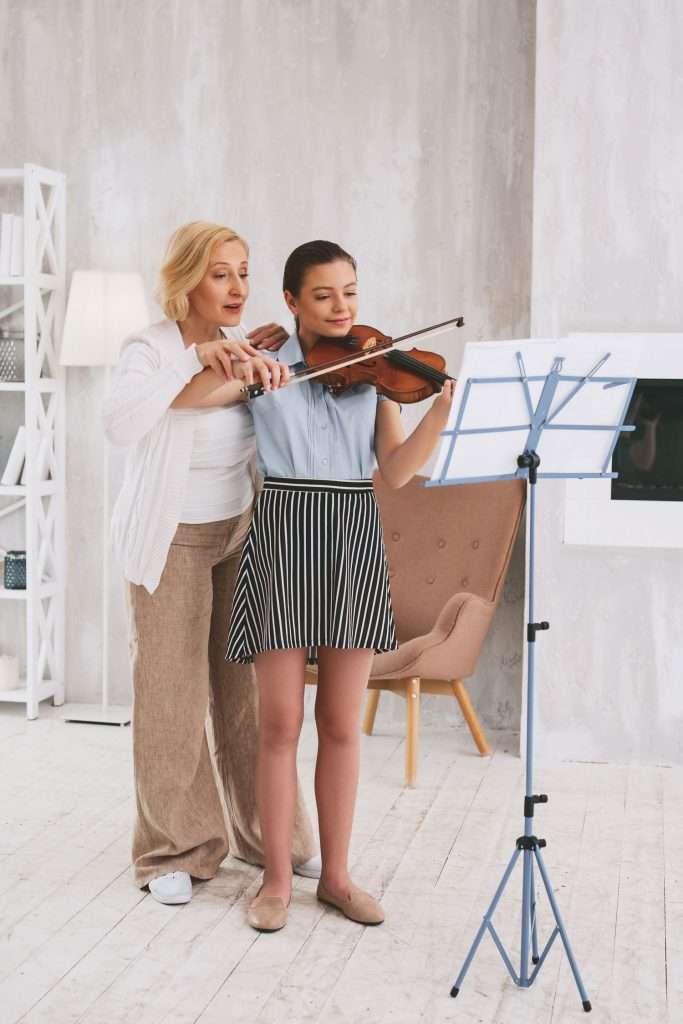 Gross profits before taxes and deduction for some teachers reach around $70,000. Extra compensation, such as insurance, incentives, profit-sharing, or commissions is not included. Thus, a music teacher can receive more depending on what their employer can offer.
Some institutions may even offer bonuses on top of the regular benefits. Pursuing a music teacher career which aligns with your passion can also lead to good financial income.
If you work for a music school or academy, sales commissions may be offered for those you invite into the school. These could be your students or anyone who enrolls in a music class. So if you’re good at marketing or networking to invite new students, this option can provide you with additional income.
These bonuses, especially the likes of profit-sharing and commissions, may not be common. But if you can find institutions that offer bonuses, they may provide another form of income on top of your salary.

Are you a talented musician looking for reliable income? 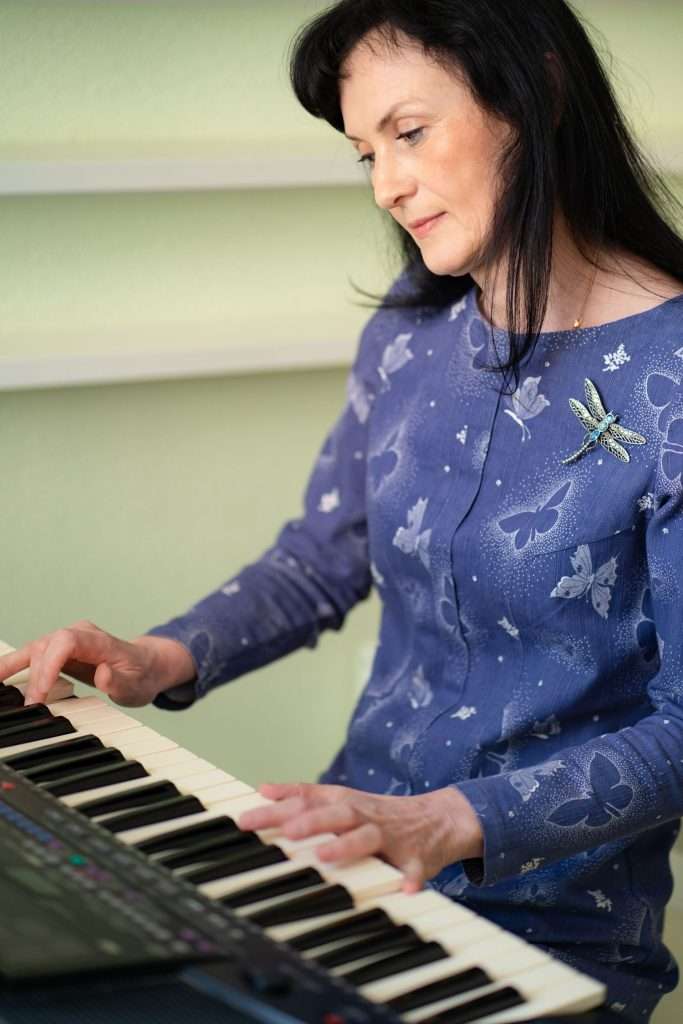 In the United States, the average private music teacher salary is $76,389 per year. This works out to be about $36.73 an hour.
For tutors, they charge an average between $20 to $40 an hour. Others, who are considered experts in their field, do not offer services for lower than $50. Some of them reach up to $250 an hour.
The highest earners in the market are currently making $96,500 per year. This will, of course, depend on skill level, location, and years of experience. The most in-demand private lessons include vocal coaching and learning to play instruments.
When it comes to location, New York City takes the top spot with an average salary of $89,155. San Mateo in California comes in at second on the list, offering an average of $87,978 a year. Boston then follows at third with an annual salary of $85,147.
Now that you have an understanding of how much a music teacher makes, you can decide which path would work best for you.
A career in music teaching seems to offer flexibility and alternative streams of income. But don’t forget to consider location, skills, and education competencies when looking for the perfect music teacher job.

Get special offers delivered to you first!

This website uses cookies to improve your experience while you navigate through the website. Out of these, the cookies that are categorized as necessary are stored on your browser as they are essential for the working of basic functionalities of the website. We also use third-party cookies that help us analyze and understand how you use this website. These cookies will be stored in your browser only with your consent. You also have the option to opt-out of these cookies. But opting out of some of these cookies may affect your browsing experience.
Necessary Always Enabled
Necessary cookies are absolutely essential for the website to function properly. These cookies ensure basic functionalities and security features of the website, anonymously.
Functional
Functional cookies help to perform certain functionalities like sharing the content of the website on social media platforms, collect feedbacks, and other third-party features.
Performance
Performance cookies are used to understand and analyze the key performance indexes of the website which helps in delivering a better user experience for the visitors.
Analytics
Analytical cookies are used to understand how visitors interact with the website. These cookies help provide information on metrics the number of visitors, bounce rate, traffic source, etc.
Advertisement
Advertisement cookies are used to provide visitors with relevant ads and marketing campaigns. These cookies track visitors across websites and collect information to provide customized ads.
Others
Other uncategorized cookies are those that are being analyzed and have not been classified into a category as yet.
SAVE & ACCEPT

Please confirm you want to block this member.

You will no longer be able to:

Please note: This action will also remove this member from your connections and send a report to the site admin. Please allow a few minutes for this process to complete.

You have already reported this
Clear Clear All